Fume extraction arms permit the capturing of fumes, smoke, mist, aerosols etc. at their source. It is generally best to capture these contaminants at their source rather than allowing them to escape into the ambient environment to be dealt with later. Source capture with a fume extraction arm is a safe, economical way to remove harmful contaminants before they enter the breathing zone and become a potential heath issue. Source capture has been shown to be the most effective way of capturing and removing smoke, fumes, particulate and other harmful airborne contamination. Applications include welding, grinding, mist collection, pharmaceutical applications and more. We offer a complete line of fume extraction arms including hanging articulated arms, standing arms, telescopic arms and stainless steel fume arms. 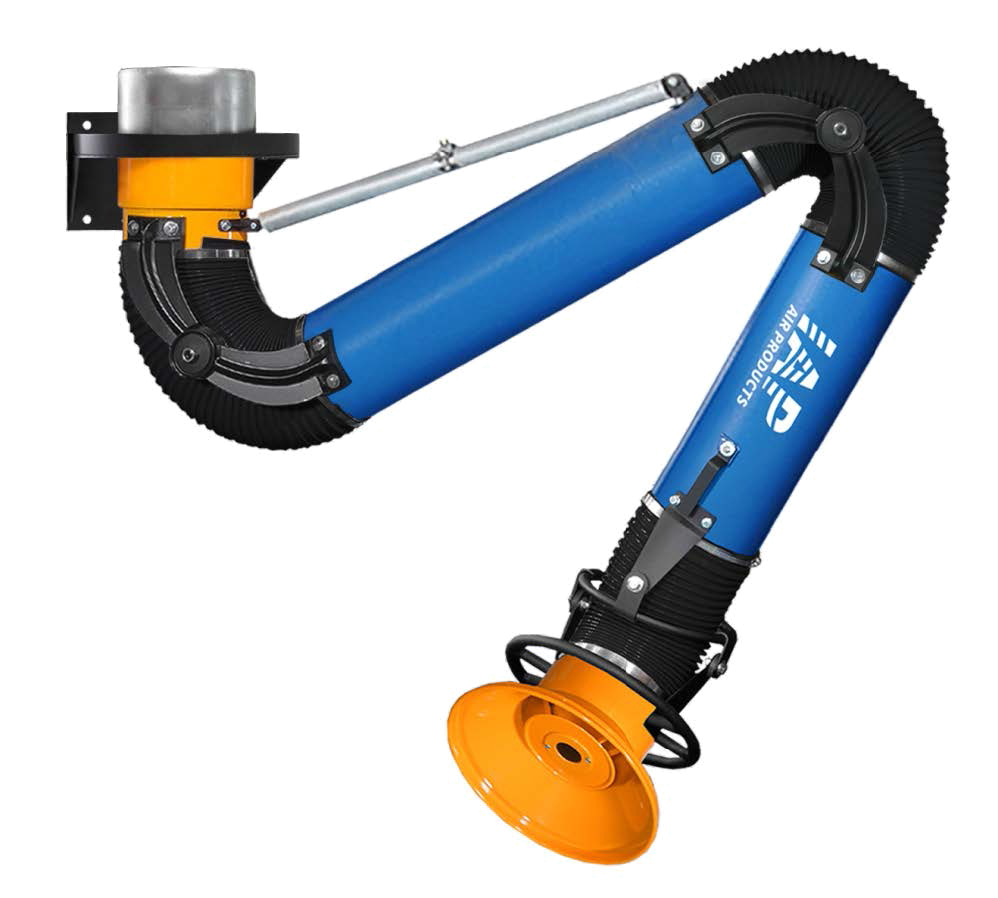 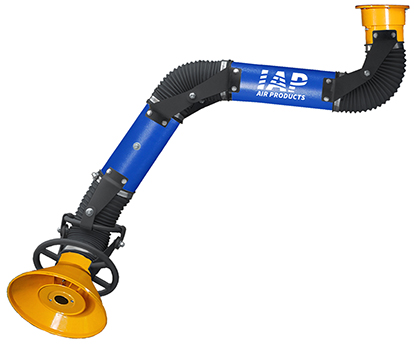 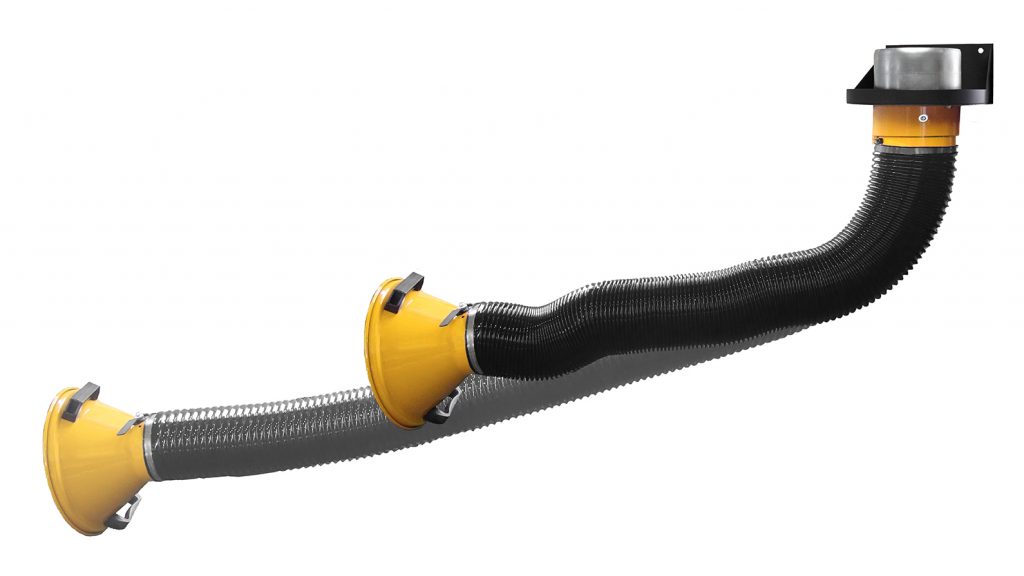 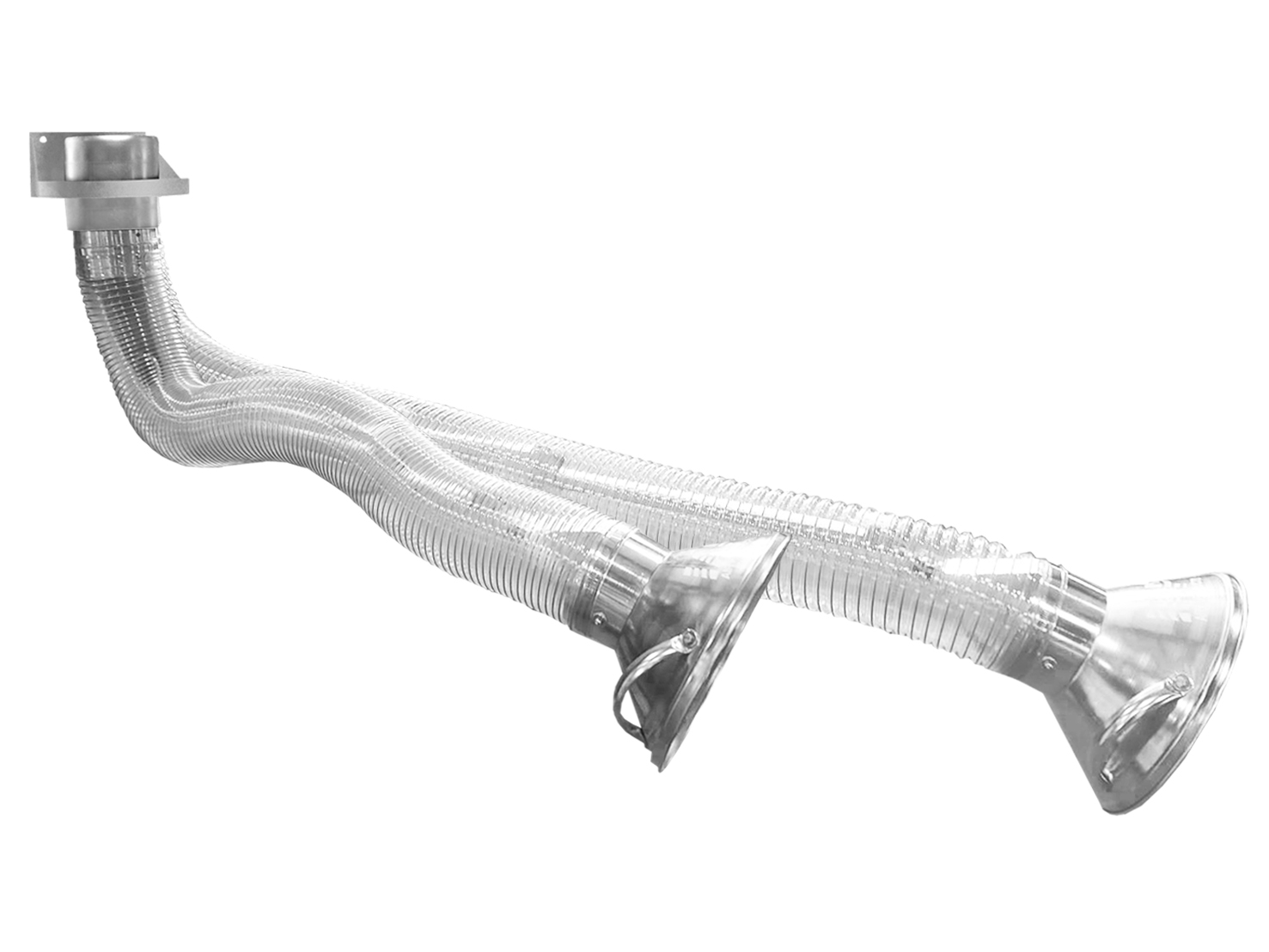 Fume Extraction arms are also available in stainless steel. Extraction arms are available with tube diameters from 3” to 8” and vary in length from 5’ to 14’ long. For longer reach applications and where overhead cranes can restrict the installation of ductwork, swing boom Arms can be provided.
Contact Us
error: Content is protected !!
Internet Marketing Solution & Design by Cazbah